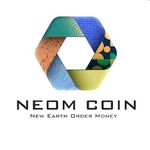 We know about smartphones, smart cars, and smart homes. But the tech industry is stepping up its game, so it’s time to move to the next round: smart cities and cryptocurrencies for the smart city. Smart cities are cities that work entirely with blockchain technology and artificial intelligence. And when it comes to artificial intelligence and blockchain technology, the sky is not the limit: the possibilities which anyone can imagine are endless.

As technology today evolves in literally every second, every tech-savvy knows that traditional practices are coming to an end. That’s why many states have started to build their smart cities for the future. These smart cities will not work with ordinary, traditional money and wealth management. For this reason, governments are exploring cryptocurrency options that they can integrate into their smart cities. Given these circumstances, there is a gap in this need, and Neom Blockchain Technologies is ambitious to fill this gap with Neom Coin.

Another fascinating thing they do is global money transfer with a 0% fee. They created this with a technology called the graphene blockchain, which is the fastest transaction method globally. Graphene is not just a substance, but it is also the name of a very fast and very functional open-source blockchain network. Graphene is an open-source blockchain technology written mainly in C++. More than 3000 transactions per second can be performed on the graphene network.

They offer a great opportunity to Migrant workers and their families, developed in the Graphene Blockchain network, with 0% commission in seconds, to send money to the families and countries of Migrant workers, which is both the most significant hidden power and one of the biggest problems of the global economy. According to a report prepared by the World Bank, the average cost per sending of international money is 8.35%. Again, according to World Bank data, migrant workers sent $650 billion to their families and countries last year and paid $25 billion in transfer fees for these transfers.

Sending money internationally through traditional systems such as bank transfers and similar third-party applications stands out as an outdated industry. Due to the high commission rates and the slowness of some transactions such as wire transfers, it needs innovation. Because in systems created with blockchain technologies, transfer costs are almost non-existent, and transactions are very fast. In order to solve this problem of migrant workers, they have been holding talks with relevant international organizations for a long time.

Neom Blockchain Technologies can be used to provide access to financial services to billions of people around the world, including people in third world countries who do not have access to traditional banking services. In addition, the Company offers blockchain-based solutions in Cyber security, Creation and Storage of Valuable Documents, Supply chain management (Graphene and RFID Technology), Networking and the Internet of Things, Insurance, and Public Benefit projects.

Neom Blockchain Technologies is among the founding stakeholders of MESCP (Middle East Smart Cities Platform), to complete its establishment in the first half of 2022. This announcement has been postponed due to the pandemic, but comprises many Middle Eastern countries and smart cities, various non-governmental organizations and public authorities. This platform will lead the way in developing the technological infrastructure of smart cities, increasing cooperation and supervising the construction process of cities, and providing funds.

Neom Blockchain Technologies is working on blockchain-based technological solutions for the metaverse, NFT, RFID, graphene chain network and smart city cryptocurrency provides solutions for governments and companies looking to take their needs to the next level. And it has been working on the design of smart cities in the Metaverse universe. In cooperation with the world’s best Metaverse game developers, it will soon implement various Metaverse games and projects specific to the Middle East.

On Thursday, January 6, Neom Coin (NEOM) will begin its journey on the BitMart cryptocurrency exchange. People are already excited about it and the future it can create. We invite visitors to Neom Blockchain Technology and Neom Coin by following these links to the official social media accounts:

View all posts by jessica